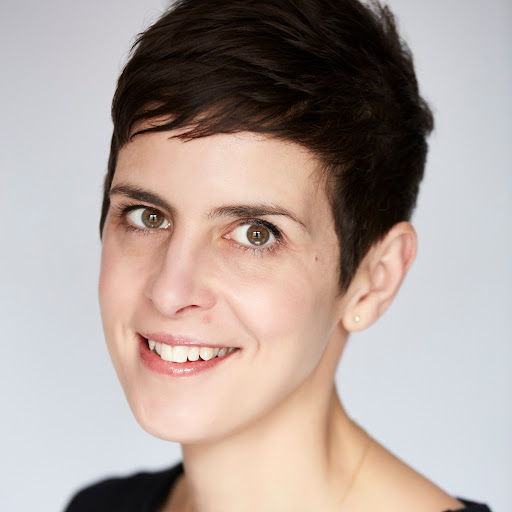 BUFF Tidings! And what a great time of the year it is to be at the pictures. Christmas round the corner, Oscar-bait movies ten-a-penny, what’s not to like? Digital distribution perhaps? We’ll save that for next month’s blog. At the time of writing, yours truly will be in attendance at a pre-Christmas preview screening of ’12 Years A Slave’ – it’s one of the perks of running a film festival though one could say the same thing about this month’s guest writer of the BUFF blog. Those of you who follow the festival will either recognise the name Larushka Ivan-Zadeh or indeed her profile picture in the Metro – and that’s because not only is she the film editor for that newspaper, she’s also one of our esteemed board members meaning that she gets to see a vast cornucopia of films – mostly on your behalf. So why should she have this privilege you may ask? Why should you care what she thinks about a big-budget movie or otherwise? Well there’s only one way to find out? Read her BUFF blog right here…

Why does anyone care what film critics think? The answer increasingly seems to be: they don’t. For 2013 marks the year the professional (i.e. paid) critic became an endangered species. The cull that started in the US finally arrived in the UK. Increasing numbers of my colleagues in the mainstream press have been axed, retired or told they can only continue if they take massive pay-cuts. Obviously I think this is a bad thing. But is it? What are we losing here? And what is the role of a film critic anyway?

In the old, pre-Internet days seeing the point of a film critic was simpler. We were news-bringers and gate-keepers. A hatchet job critique can be an entertaining read, but, as a force for good, we helped – and still do help – to introduce audiences to new, often challenging work. But then, so do film festivals. BUFF is a shining example. It provides a valued platform to filmmakers whose work can struggle to be heard in the mainstream media. Festivals are a chance for audiences to see films unprejudiced by reviews, marketing slants or hype. BUFF-goers don’t use reviews to choose what to see – indeed they can’t, as some of the films in the programme have never been screened anywhere before. So what’s the role of a critic at festivals? To acquaint themselves on the cutting edge of film making, to spread the word of what they’ve seen outwards and to take the critical temperature of how the film is likely to be received outside the supportive and nurturing festival nest.

It is at festivals we see that critics, industry and audiences share a level playing field. Often a festival will have an ‘Audience’ award as well as an award voted for by a jury. Filmmakers will value both, but also the praise or constructive criticism of the professional reviewer. Why? Because what differentiates the professional reviewer, as well as, hopefully, a skill for insightful analysis, is that they give an informed context for their opinion. One based in an extensive knowledge of cinema and wider film history. Added to that is the fact we see a heck of a lot more movies than you do. I see about 6 new films a week, for example.

That said, criticism is subjective. And no critic is an ultimate authority. Film festivals, more than anywhere, are where critical objectivity can fly out the window. At Cannes, for example, passions run particularly high: films are routinely booed or given standing ovations and this is reflected in the reviews. Here, even broadsheet critics can over-excitedly shower films with stars that, if viewed outside the festival hothouse, they might have appraised more coolly.

So, why should you trust a critic to tell you if a film is any good, or not? Studios are starting not to. Posters may still have critics’ star ratings on them as a badge of pride – but tweets from ‘normal’ punters have begun to be used on publicity, even for ‘serious’ dramas like the Oscar-nominated ‘The Impossible’ which opened earlier this year. You can see why marketing companies would use quotes from the public when advertising big, so-called ‘critic-proof’ multiplex crowd-pleasers – the films that we critics insist are rubbish and give no stars to, but audiences still flock to in their millions. But, even so, who are these random Tweeters on the posters? What weight does their opinion hold? You could probably find a Twitter-user who loved the Diana movie if you looked hard enough.

Thanks to social media the phrase ‘everyone’s a critic’ has never been truer. Anyone can set up a reviews site online and shout their opinions – as long as they don’t expect to be paid for it. Which is great for non-elitism. And, on the upside, social media has proved a revolutionary facilitator in allowing independent filmmakers to create a word-of-mouth buzz for their films without the need for a prohibitively expensive marketing campaign. But, to me, the professional critic still has a role. To me, a critic is a guide. A guide you may not always agree with, but who entertains you, occasionally enlightens you and one whose opinion you respect. A guide who is comprehensive, who has the time to see everything from tiny festival movie to massive blockbuster and, ideally, give them equal consideration. To do that properly is a full time job – and should be valued with a living wage. And in our non-stop, ever-expanding media Babel, a guide is more essential than ever. But then I would say that, wouldn’t I?